'Hadrian' (/ˈheɪdriən/; Latin: Publius Aelius Hadrianus Augustus; 24 January 76 – 10 July 138) was Roman Emperor from 117 to 138. He was born Publius Aelius Hadrianus in Italica, Hispania Baetica, into a Hispano-Italic family that settled in Spain from the Italian city of Atri in Picenum. His father was of senatorial rank and was a first cousin of Emperor Trajan. He married Trajan's grand-niece Vibia Sabina early in his career, before Trajan became emperor and possibly at the behest of Trajan's wife Pompeia Plotina. Plotina and Trajan's close friend and adviser Lucius Licinius Sura were well disposed towards Hadrian. When Trajan died, his widow claimed that he had nominated Hadrian as emperor immediately before his death. Rome's military and Senate approved Hadrian's succession, but four leading senators were unlawfully put to death soon after. They had opposed Hadrian or seemed to threaten his succession, and the senate held him responsible for it and never forgave him. He earned further disapproval among the elite by abandoning Trajan's expansionist policies and territorial gains in Mesopotamia, Assyria, Armenia, and parts of Dacia. Hadrian preferred to invest in the development of stable, defensible borders and the unification of the empire's disparate peoples. He is known for building Hadrian's Wall, which marked the northern limit of Britannia. Hadrian energetically pursued his own Imperial ideals and personal interests. He visited almost every province of the Empire, accompanied by an Imperial retinue of specialists and administrators. He encouraged military preparedness and discipline, and he fostered, designed, or personally subsidized various civil and religious institutions and building projects. In Rome itself, he rebuilt the Pantheon and constructed the vast Temple of Venus and Roma. In Egypt, he may have rebuilt the Serapeum of Alexandria. He was an ardent admirer of Greece and sought to make Athens the cultural capital of the Empire, so he ordered the construction of many opulent temples there. His intense relationship with Greek youth Antinous and Antinous' untimely death led Hadrian to establish a widespread cult late in his reign. He suppressed the Bar Kokhba revolt in Judaea, but his reign was otherwise peaceful. Hadrian's last years were marred by chronic illness. He saw the Bar Kokhba revolt as the failure of his panhellenic ideal. He executed two more senators for their alleged plots against him, and this provoked further resentment. His marriage to Vibia Sabina had been unhappy and childless; he adopted Antoninus Pius in 138 and nominated him as a successor, on the condition that Antoninus adopt Marcus Aurelius and Lucius Verus as his own heirs. Hadrian died the same year at Baiae, and Antoninus had him deified, despite opposition from the Senate. Edward Gibbon includes him among the Empire's "Five Good Emperors", a "benevolent dictator"; Hadrian's own senate found him remote and authoritarian. He has been described as enigmatic and contradictory, with a capacity for both great personal generosity and extreme cruelty and driven by insatiable curiosity, self-conceit, and ambition. 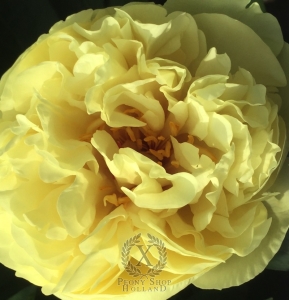 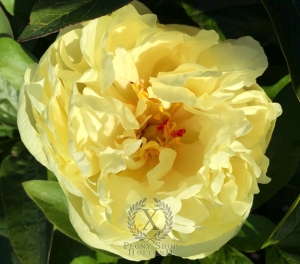 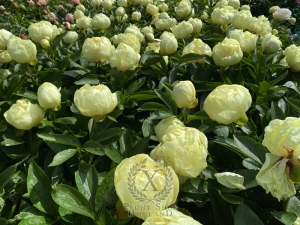 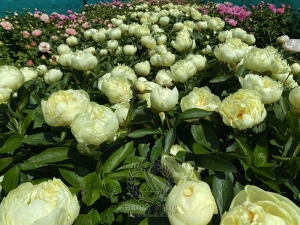 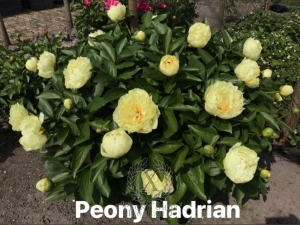 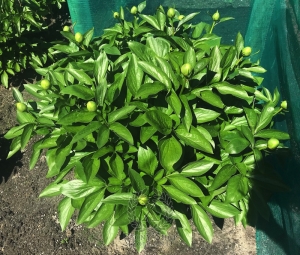 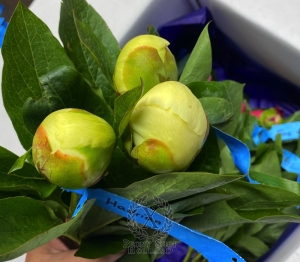 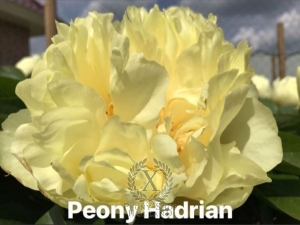 Peony Growers Peonyshop.com Peony Shop Holland right now specifically concentrates on getting exceptional, outstanding prime quality peonies. This has not been always the situation. This specific company has an unique background with the starting point in the year 1875 together with Simon Scholten who was basically growing fresh vegetables for her income.

During the year 2001 this company put together their unique modern marketing and advertising-label & logo "Peonyshop.com" and after that they started focusing on improving unique peonies. In the year 2002 the particular firm launched their very own shop on the internet", the: peonyshop with Peonies & Buxus. During the year 2003 Joshua Scholten started off on with raising peonies. Than in year 2004 this institution began to export peonies originating from the Netherlands all-around European countries, America and also Asia.

About growing Hadrian a yellow Peony