'Felicitas' In ancient Roman culture, felicitas (from the Latin adjective felix, "fruitful, blessed, happy, lucky") is a condition of divinely inspired productivity, blessedness, or happiness. Felicitas could encompass both a woman's fertility, and a general's luck or good fortune. The divine personification of Felicitas was cultivated as a goddess. Although Felicitas may be translated as "good luck," and the goddess Felicitas shares some characteristics and attributes with Fortuna, the two were distinguished in Roman religion. Fortuna was unpredictable and her effects could be negative, as the existence of an altar to Mala Fortuna ("Bad Luck") acknowledges. Felicitas, however, always had a positive significance. She appears with several epithets that focus on aspects of her divine power. Felicitas had a temple in Rome as early as the mid-2nd century BC, and during the Republican era was honored at two official festivals of Roman state religion, on July 1 in conjunction with Juno and October 9 as Fausta Felicitas. Felicitas continued to play an important role in Imperial cult, and was frequently portrayed on coins as a symbol of the wealth and prosperity of the Roman Empire. Her primary attributes are the caduceus and cornucopia. The English word "felicity" derives from Felicitas. 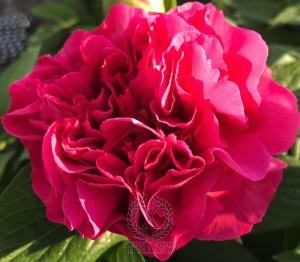 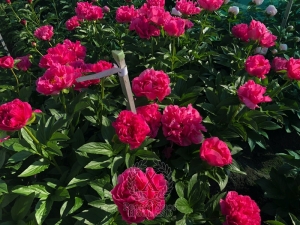 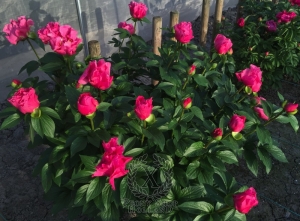 Peony nursery Peony Shop Holland peonyshop.com in this modern day specifically centers at increasing exclusive, outstanding top quality peonies. It hasn't always been this situation. This company has got an unique back ground opening in the year 1875 along with Simon Scholten that had been growing fresh fruit for money.

In the year 2001 the business developed their very own new selling-name & brand "Peonyshop.com" and after that they began focusing on improving exclusive peonies. Throughout the year 2002 the particular company launched their very own shop on the internet", the: peonyshop together with Peonies & Buxus. Throughout the year 2003 Joshua Scholten started with raising peonies. Then in 2004 this organization started to foreign trade peonies out of the Netherlands all over European countries, Usa plus Asia.

Nowadays our peony nursery is focused on growing and multiplying exceptional, high-quality peony roots that happen to be marketed and exported to internationally. Additionally this firm also cut peonies largely supporting the Dutch peony flower industry.

The particular things we pride:

The fall is actually a suitable moment for planting peony plants. A lot of peonies happen to be exceptionally long-term-lived plants being alive up to 50 to a maximum of seventy yrs, so as soon an individual have the particular peonies planted in the correct manner, an individual will definitely benefit from them for years and years. These plants opt for some sort of shiny position having a well-drained dirt. A good air movement around the peony is mandatory. All of these settings assist these plants to avoid sickness issues. To prepare the sowing hole for the purpose of a bare-root peony, dig the soil to the depth around 12-18inch. Use garden tools to release the sides of the growing hole as well. It is actually pretty important and vital that the "eye", or growth nodes, located nearby the bottom of the old stem, end up no greater than Two inches below the ground area.