'Cupid's Kiss' is from the mythical lover story 'Psyche Revived by Cupid’s Kiss' where the God Cupid gives in the height of love and tenderness, immediately after awakening Psyche with a kiss. The story of Cupid and Psyche appears in Greek art as early as the 4th century BC. Still, the most extended source of the tale is the Latin novel Metamorphoses, also known as The Golden Ass, by Apuleius (2nd century AD). The story’s theme concerns the overcoming of obstacles to the love between Psyche (“Soul” or “Breath of Life”) and Cupid, and their last union in marriage. Psyche’s story includes the theme of dangerous curiosity, punishments and tests, and redemption through divine favor.

The back story is that the fame of Psyche’s beauty threatened to eclipse that of Venus herself. So the love goddess sent Cupid to work her revenge. Cupid, however, becomes enamored with Psyche and rescues her by hiding her in his palace. He visits her by night, warning her not to try to look upon him. Psyche’s envious sisters convince her that her lover must be a hideous monster, and she finally uses a lamp in their chamber to see him. Startled by his beauty, she drips hot oil from the lamp and wakes him. He then abandons her because she broke her bond.

Psyche then is trapped wandering the earth looking for him, and in desperation, submits to the service of Venus. The goddess sends Psyche on a series of quests. Each time she despairs, and each time she is given divine aid. On her last task, she is required to retrieve a dose of Proserpina’s beauty from the underworld. She succeeds, but on the way back, she can’t resist opening the box in the hope of benefitting from it herself, after which she falls into a lifeless sleep.

Cupid finds her in this lifeless state and revives her by returning the sleep into the box. “Psyche Revived by Cupid’s Kiss” is the climax of the story, after which Cupid grants Psyche immortality so they can be wed as equals. Thus Psyche became the goddess of the soul and the wife of Eros or the Roman equivalent Cupid, the God of love. 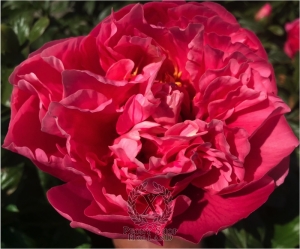 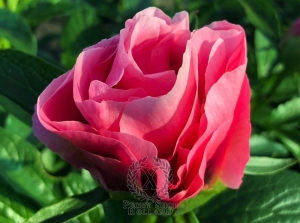 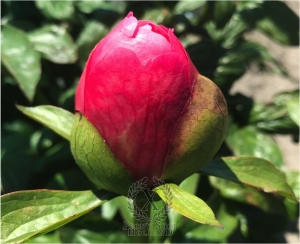 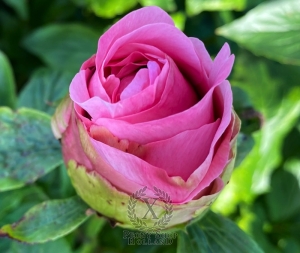 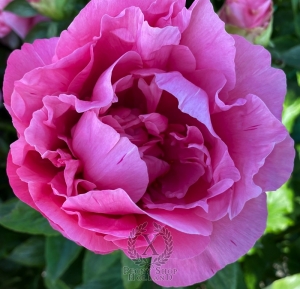 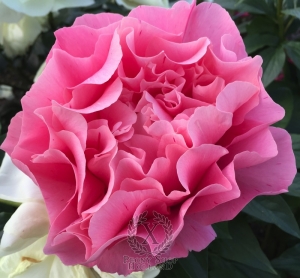 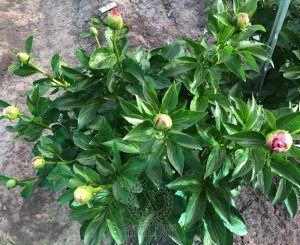 About Cupid's Kiss a pink peony