'Constantius I' (Latin: Marcus Flavius Valerius Constantius Herculius Augustus (March c. 250 – 25 July 306), commonly known as Constantius Chlorus, was a Caesar from 293 to 305 and a Roman Emperor from 305 to 306. He was the father of Constantine the Great and founder of the Constantinian dynasty. As Caesar, a junior emperor, he defeated the usurper Allectus in Britain and campaigned extensively along the Rhine frontier, defeating the Alamanni and Franks. Upon becoming Augustus in 305, Constantius launched a successful punitive campaign against the Picts beyond the Antonine Wall. However, Constantius died suddenly in Eboracum (York) the following year. His death sparked the collapse of the tetrarchic system of government inaugurated by the Emperor Diocletian. 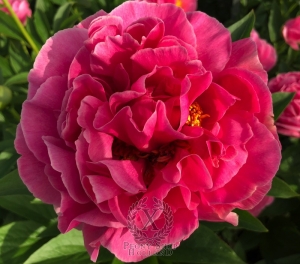 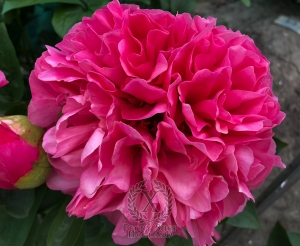 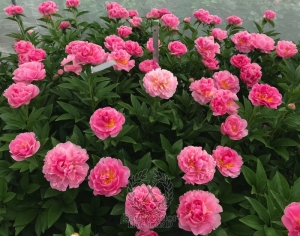 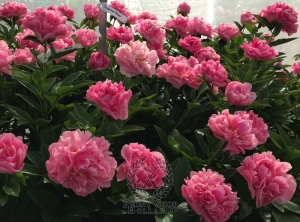 During the year 2001 this specific company created their unique new advertising-name & logo "Peonyshop.com" and after that they started concentrating on developing exclusive peonies. In the year 2002 this business opened up their very own online peonyshop.com with Peonies & Buxus. In 2003 Joshua Scholten began with breeding peonies. After that in year 2004 this organization started to export peonies from the Netherlands all around European countries, America and even Asia.

About Constantius Chlorus a pink peony

The fall is truly the correct period for growing peony plants. Pretty much all peonies tend to be incredibly long-term-lived plants functioning for approximately fifty up to seventy years, so soon after you have the peonies placed correctly, a person will certainly benefit from them for many years. The plants have a preference for a bright area having a well-drained dirt. A good air flow circulation presented around the peonies can also be significant. These kind of circumstances allow these plants to prevent disease problems. To prepare the planting hole meant for a bare-root peony plant, dig the dirt to the level of 12-18inches. Make use of a garden fork to release the sides of the planting hole at the same time. It is very extremely important and vital that the particular "eyes", or growing nodes, situated nearby the bottom of the old stem, end up no more than Two " under the soil surface.